OKC Thunder: Shai Gilgeous-Alexander historic response to Donovan’s challenge by Tamberlyn Richardson
OKC Thunder rookie Darius Bazley is bouncing back after an interesting December by Matthew Hallett
Next1 of 3Prev post
Use your ← → (arrows) to browse 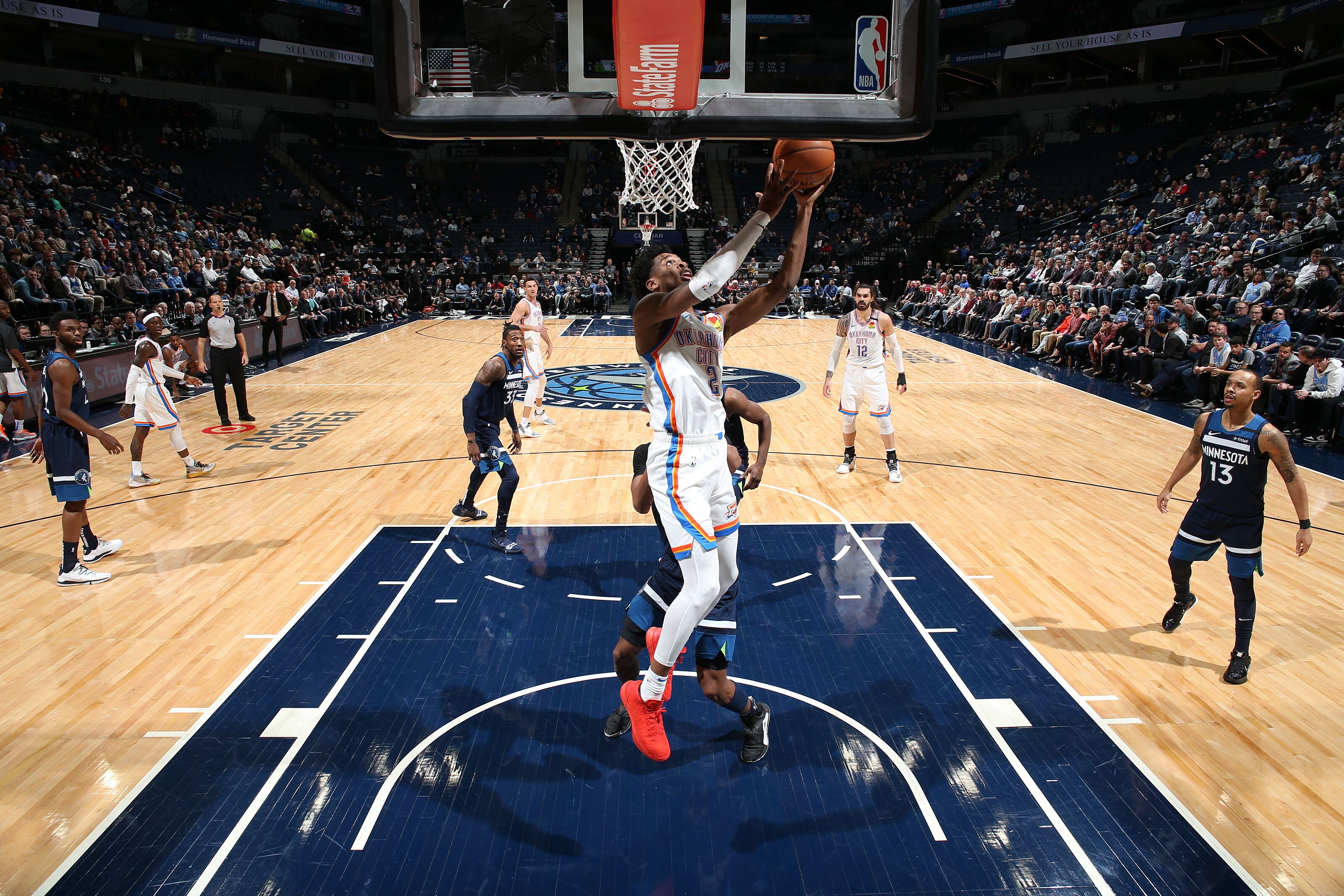 JANUARY 13: Shai Gilgeous-Alexander #2 of the OKC Thunder shoots the ball against the Minnesota Timberwolves (Photo by David Sherman/NBAE via Getty Images)

OKC Thunder responded to an embarrassing loss with a bounce back victory over the Timberwolves solidifying their identity in the process. Three takeaways offer the highlights.

Every team in the association typically endures highs and lows during the season. When the OKC Thunder mailed in their first quarter against the Los Angeles Lakers it was reasonable to wonder if this was going to be one of those down segments.

At the same time, the identity of this iteration of the Thunder is to compete until the final buzzer. Therefore how they responded to the embarrassing loss to the Lakers in this next match against the Wolves was going to offer an answer on who this squad is at their core.

Most fans expected a bounce back effort and that’s precisely what they got. Let’s dive into the three key takeaways from the win.

On many nights the trio of guards provides the lift for OKC but on this night with both Chris Paul and Dennis Schroder struggling from the field it was another trio who rose to the occasion.

The combination of Shai Gilgeous-Alexander, Danilo Gallinari and Steven Adams delivered stand out performances with SGA posting a career night on several fronts.

Each provided something special in the win over the Wolves.

Gallo was aggressive getting to the line repeatedly. Consider recent seasons and how the Thunder struggled from deep and the charity stripe. Gallinari consistently puts up efficient efforts and the fact he does it virtually every game is something that doesn’t receive as much attention as it should.

Adams delivered a typical performance collecting a double-double but those five assists punctuated how improved his playmaking is. The dime to Terrence Ferguson stands out as yet another example of the Big Kiwi’s ascendance in this area.

Gilgeous-Alexander was on terror that was so smooth unless you were keeping track in the box score would’ve gone unnoticed. T.I. has a separate article on SGA’s incredible achievement but suffice to say his 20-20-10 triple-double was historic.

The biggest takeaway from the Wolves victory and the two players who landed in OKC via the Clippers trade is just how easily the game comes to them. For as much as Shai feasted and Gallo dropped 30 the ease with which those events happened was shocking. If it weren’t for the fact I had the box score open at the same time the game was on, the benchmarks wouldn’t have been so obvious. Both players allow the game to happen as it should.

So often we hear about players who improve as the game slows down for them — and the overwhelming feeling SGA and Gallo’s performance in Minnesota left viewers with is witnessing someone allow the game to dictate their play also lets the viewer experience the ease and beauty of pure gameplay.

Next: Palpable growth since season start
Next1 of 3Prev post
Use your ← → (arrows) to browse
Load Comments
Event Tickets
Powered by StubHub
Top Stories