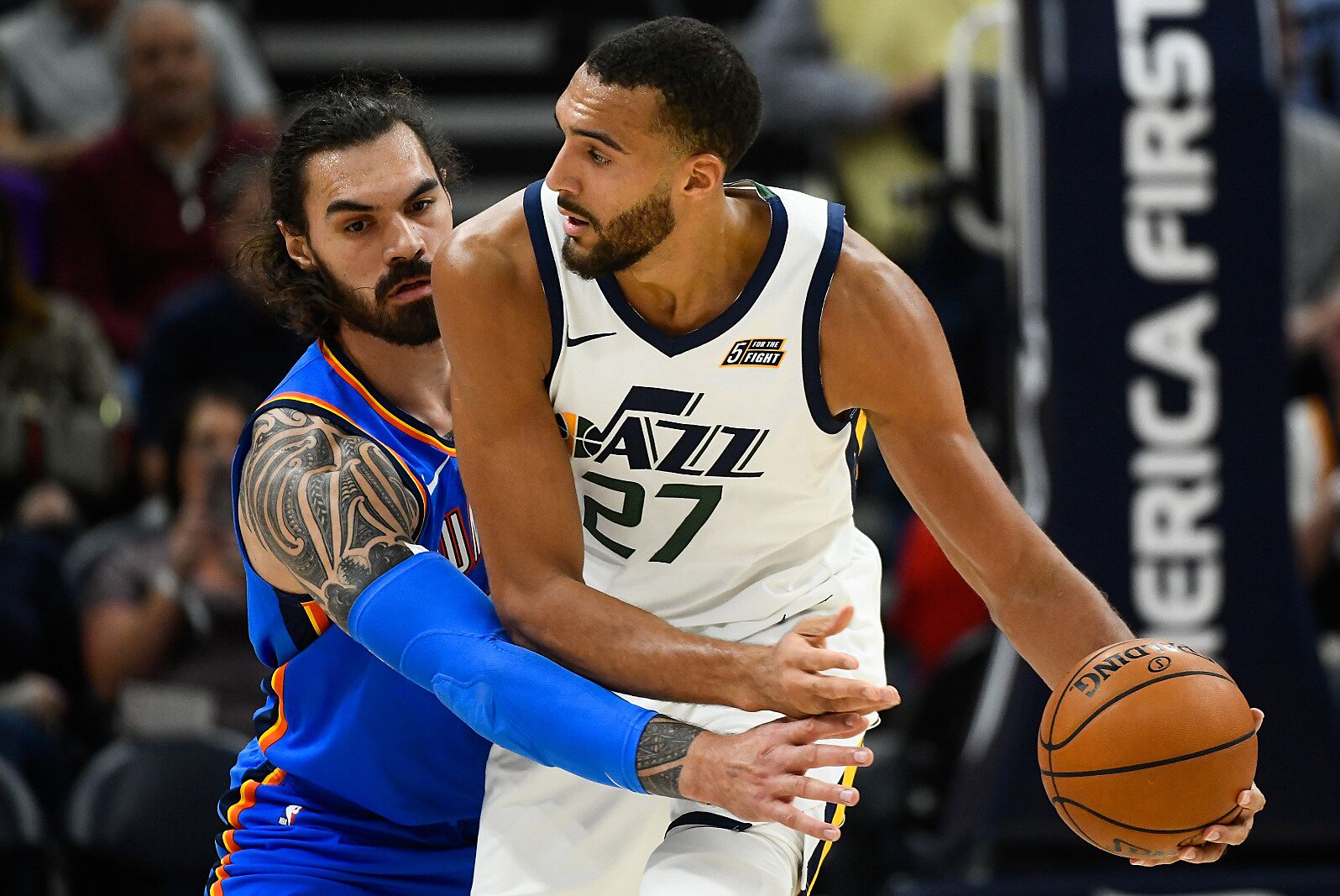 With two wins in a row, the OKC Thunder finishes back-to-back set in Utah hoping to build upon that momentum. Gameday breaks down the match.

In a season where many people, including myself, expected the Utah Jazz to be fighting for a top seed, they are having a strange season. They are sixth in the tough West with a 13-10 record but they are certainly not meeting anyone’s expectations

Losing five of their last seven, the Jazz has managed to keep their opponent under 100 points on one occasion in that stretch. Mike Conley has struggled to fit into the system; Bojan Bogdanovic has been an offensive giant with 20.9 points per game. However, his defense still leaves a lot to be desired.

Moving Joe Ingles to the bench has been a disaster, his 3-point shooting has gone from upper echelon in the NBA at 40.3 percent over his career to just 31.4 percent this season.

However, with all that being said, the Jazz still has the stifle tower, Rudy Gobert and the highlight reel that is Donovan Mitchell. Either player can still carry this team to a victory.

The Thunder lost a close one to the Jazz opening night but this young team from Oklahoma City has grown up a lot since then. They are now taking on opposition teams with huge talent and beating them. They have even started winning on the road.

The last Jazz players to do that in the same season were Karl Malone (28) & Jeff Malone (20.2).#TimeToLearn | @wgu pic.twitter.com/gU8tOJYgYQ

This game is not going to be easy for the Jazz. I think the entire NBA is aware of the fight the Thunder brings to every game. The next man up mentality is showing through with this team. Just watching the defense played by Luguentz Dort against Damian Lillard and CJ McCollum was so heartwarming. Dort was balling out in the G-League and it’s nice to see him continue that with the varsity squad.

Next: Keys to the game
Next1 of 3Prev post
Use your ← → (arrows) to browse
Load Comments
Event Tickets
Powered by StubHub
Top Stories